Backflow is an issue where drains flow opposite of how they are supposed to. Instead of ending up in the municipal sewer system, the dirty water will flow backward and into your home.

The main concern is fairly obvious — dirty water and sewage entering your home. Backflow issues are more severe than a standard clogged drain or overflowing toilet, as there is often a lot more effluent involved when it's a backflow problem. Depending on the point of failure, some of the backflow may be from the municipal sewer pipe and not even from your home.

Sewage and dirty water bring with them other concerns. The water can be laden with bacteria and pathogens that can cause health issues. The backflow of moisture can also lead to water damage to your home or damage to plumbing fixtures.

Backflow problems are often traced back to a failure in the prevention system. Depending on your home, you will have an air gap between the flood level and water outlet, or you will have a device to stop backflow. This device may be a series of two valves, called a double check valve, or it may be a pressure breaker device. On irrigation systems, there may also be a pressure vacuum breaker, which is a backflow device that prevents non-potable irrigation water from backflowing into potable water supply lines.

If the issue isn't with your backflow prevention device, then the culprit may be the water pressure itself in the drain. In this case, the problem may be with either a buildup of pressure in your drains or a buildup in the main municipal drain line that your home's drains empty into.

A backflow inspection is the best type of prevention. A technician shuts the water off to your home and then locates the backflow preventers. Test cocks are set on each preventer and hoses are run and the water is turned back on and sent flowing through the devices. If the relief valve in the device doesn't open properly, then the preventer needs to be replaced.

You can further prevent backflow problems by taking care if you perform any DIY work on the water line systems, such as installing a water softener or putting in new irrigation lines. Test backflow devices and verify that any air gaps in the system are maintained following the installation.

Contact a backflow service if you need to test your backflow devices or suspect an issue with the backflow system in your home. 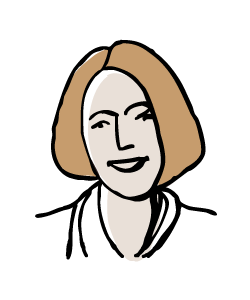 Growing up in a tropical area, I saw a lot of green, vibrant plants and all kinds of tropical fruits. It led me to develop a real interest in creating backyard tropical fruit gardens and landscapes that really spoke to the warm weather and the tropical climate. I did a lot of research and talked with a few landscapers to find out the tips and tricks to getting things to grow and thrive. I created this site to help share what I have learned with others who want to create the same kind of tropical getaway in their own backyards.